What Stand-Alone GPS Devices Do That Smartphones Can’t

Free smartphone navigation apps from Apple and Google offer turn-by-turn driving, walking and biking directions. And many new cars have the option of built-in navigation systems. So is there any longer a reason to buy a stand-alone GPS unit?

While smartphone navigation apps have some advantages, including limiting the number of devices one needs to buy and carry around, they also have some negatives.

For starters, smartphone screens are often tiny; those on dedicated GPS units can be almost twice the size.

In addition, navigation apps are processor-intensive, causing smartphones to heat up and the battery to run down faster than otherwise. The apps generally eat into a consumer’s data plan, as well.

When a call comes in, even if you answer it using hands-free Bluetooth, the smartphone map disappears for some period of time. And if you’re playing music on your smartphone, the songs cut out to make way for the voice prompts giving directions.

Those are reasons “customers want a product that’s fit for one purpose, something they can put on their windscreen,” said Corinne Vigreux, managing director of TomTom Consumer, one of the top GPS device makers.

TomTom, like Garmin and Magellan, the two other largest GPS manufacturers, is trying to evolve with the times, to create units that offer additional features and exploit some of the negatives of using your Android or iPhone device as a GPS navigation system.

The three companies now offer devices with simplified touch-screen interfaces, for example, as well as faster GPS positioning, detailed 3-D graphics and turn-by-turn directions in which the voice speaks the street name or other identifying information.

Both Garmin and Magellan offer GPS stand-alone products with integrated dashcams. Garmin also sells a unit that, in addition to the dashcam, features lane departure and forward collision warnings.

“Why a consumer should still buy a separate GPS unit is a question we ask ourselves all the time,” said Bill Strand, Magellan’s associate director of product marketing.

Whether these new strategies will help to stabilize and strengthen the market is still an open question. “We’re finding things that smartphones are not good at yet,” said Mr. Strand. “But it’s a moving target; it could change next year.”

Here is a rundown of some of the newest models with the latest features.

The Garmin Nüvi incorporates a dashcam and lane departure and collision warning systems.

The Nüvi, Garvin’s flagship unit, incorporates a dashcam and lane departure and collision warning systems into its six-inch display. An optional $170 backup camera that must be wired into the backup light circuit can be integrated into the unit.

The camera continuously records up to one hour of video on the included SD card, and then records over the previous video when space is used up.

When sensors detect a crash or bump, that video sequence and several seconds before the incident are automatically saved for later viewing or uploading to the Garmin website. The model can also be used to take still images, useful in the case of an accident. While the product includes only North America maps, maps of other countries can be downloaded for around $70.

In addition to using street names, the RoadMate also provides directions based on landmarks.

With its five-inch screen, the RoadMate offers an intuitive interface and basic navigation features, along with a built-in dashcam (a compatible connected backup camera is an extra-cost option). As with the Garmin model, the RoadMate records continuously and will automatically store video taken when a bump or crash occurs. The video can be viewed on the device or downloaded by a PC running Windows.

In addition to pronouncing street names, the RoadMate also provides directions based on landmarks so, for example, a driver will be instructed to “turn right at the Chevron station” rather than “turn right at Main Street.”

The SmartGPS from Magellan eschews the dashcam and instead includes a number of apps commonly found on smartphones, such as current gas (or diesel) prices based on price, distance or brand; Yelp and Foursquare reviews; and other apps that can be downloaded.

A companion smartphone app allows data and directions to be synced between devices. Bluetooth allows the SmartGPS to act as a cellphone speaker to make hands-free calls.

The two Magellan units are for North America only. Other countries’ maps cannot be added.

Pinch and swipe gestures can be used to move around the TomTom Go 600’s screen.

Pinch and swipe gestures can be used to move around the GO 600’s large six-inch screen and cycle through preference screens. Multiple voices are available to read directions, including celebrity voices for purchase, but only the computer-generated versions read actual street names.

The GO includes lifetime maps and real-time traffic data, which can be transmitted from a smartphone app via a Bluetooth connection. The amount of data used for traffic updates is tiny, according to TomTom: equivalent to two downloaded songs a month.

The app can also be used to search for routes before entering the vehicle; that information is then transmitted to the GPS unit. Maps for other countries can be downloaded to the GO; they cost $40 and up, depending on region.

Today, we announced a new premium navigation app for Android™ and iPhone® starting at $1.99. Garmin víago offers advanced navigation features not available from free apps, guiding drivers through the most challenging situations with ease. The app comes with access to off-board maps for many regions around the world and navigation features such as current speed and speed limit display, lane assist, weather information, in-map traffic display, and photo-realistic junction views. Plus, users can easily upgrade their experience with premium add-ons like downloadable maps (“Maps to Go”) that don’t require a data connection to navigate, real-time traffic with automatic rerouting, urban navigation with public transportation1, 3D terrain view, and much more. Víago is the first smartphone navigation app that features Garmin Real DirectionsTM (in app purchase), giving spoken turn-by-turn directions just like a friend would by using recognizable landmarks, buildings, stop signs and traffic lights. 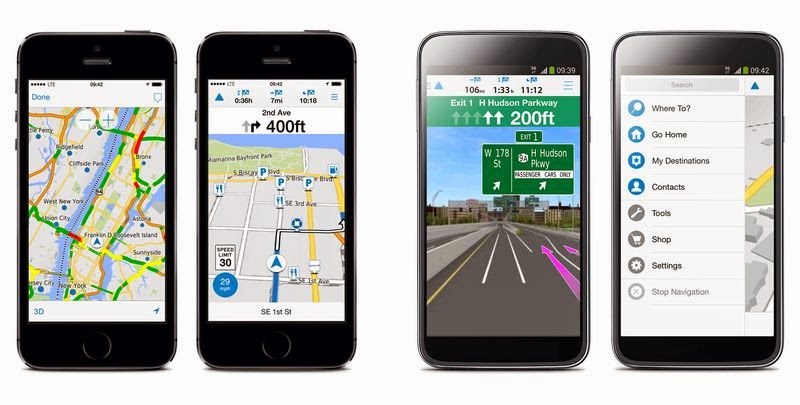 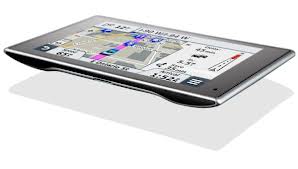 There is a great amount of concern about the privacy aspect of GPS and auto navigation systems and devices. Many people are strict guardians of their privacy as it has become so sacred and so easily invaded. I for one, certainly understand that desire to maintain one's privacy and do not endorse on any level using these types of devices in order to invade the privacy of total strangers or bending the law and legal protections we have in place in order to protect people from actions such as this.

On the other hand, it is great to know that if I make a 911 call from my GPS enabled cell phone, I can be found even if I have no clue as to where I am actually located. The same holds true for On Star. You can be located by the GPS information that the company has access to. The really good news is that you are not completely sacrificing your privacy or your right to that privacy for the sake of security. There are very strict laws in place to protect your privacy from invasive eyes, even during a legal preceding and there is also case law and precedence to support the understanding that your GPS coordinates cannot be given out even if there is credible evidence or reasonable suspicion.


If you've been in the market for a car, truck, or SUV recently, then I'm sure you've seen the vast number of vehicles sporting shiny new auto navigation systems as part of this or that package upgrade. These systems are delightfully handy when you find yourself stuck in traffic that is moving slower than the snail that just passed by or that roads are closing due to nasty weather or traffic pile ups. The truth of the matter is that they can come in equally handy when faced with every day driving if you allow them to be.

Many people unfortunately purchase these systems because they seem like a good idea at the time and then never really get their money's worth. Very few investments in technology are worthy if you aren't going to at least get your money's worth. Auto navigation systems are great when you find yourself lost in the woods so to speak, but they can help you find alternate routes when traffic is busy on your traditional drive to the grocery store. They can help you avoid roads that have been closed for maintenance, or even find a quick way around work that is being performed along your route. These devices can also help you find shorter routes to events and such than you may have been aware existed before and they aren't commanding nearly the price they brought in a mere two years ago. In other words, this convenience is becoming much more affordable. 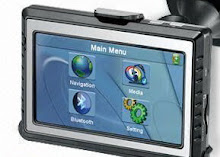